skip to main | skip to sidebar

Sorry for the vast amount of radio silence--not much in comics really excites anymore. How many different ways can one say "Oh God, Justice League is awful, Batwoman's going nowhere, et al" before it gets so utterly rote and boring? Couple that with the general fed uppedness I've had about the whole scene and that translated into me not really wanting to write anything about comics.

At least until fate took a hand and dropped anther month's shipment of comics on my doorstep, and while they are in fact the usual assortment, enough was new in the pile that that felt sufficiently motivated to comment on them, and in the name of doing that very thing . . .let's do that very thing.

BATWOMAN #17--Exactly five issues after I stopped giving a shit, turned off all emotional investment in the excruciatingly decompressed story (paced in such a way that even Brian Michael Bendis might term "lackadaisical" the Medusa storyline ends, and ends in a way that was barely comprehensible, pretty to look at, and any critical thoughts I have about it are generally overridden just because I'm happy the fucking thing is over at last.

I was rather impressed that all the attention the book got was for Kate and Maggie possibly getting married (not that it's not a momentous thing, but given what usually conspires to prevent comic book marriages, my hopes that it won't either be quietly ignored or deleted in some way that makes the minimum amount of sense whilst insulting one's intelligence in the maximum amount), when the bit that happens after was a LOT more intriguing a cliffhanger.

Of course, given how they handled the first storyline in the book, it may be issue #39 before any forward plot momentum happens, but I'm trying to stay positive in spite of all reason and evidence.

PROPHET #34--I put these two together, because Prophet manages the leisurely pace without feeling like 22 pages of an inert mass, and I thought it might be instructive to consider it and Batwoman in contrast with one another.

Whereas Batwoman achieved a certain plot level early on, then put it in park for a dozen issues, blithely spinning its wheels and refusing to move, Prophet manages to tell a short story in every issue that's visually different, possessed of enough variety to differentiate the various chapters, and providing a kaleidoscopic picture of a very interesting fictional universe. Even if we're not making forward progress, we're making peripheral progress, and it's working

Not bad for Rob Liefeld's original Jesus-loving, shoulderpad-wearing, man from the future.

GLORY 33--Penultimate issue time, and holy shit this was . . .something. I mean, it was good, don't get me wrong. I just don't know how to react to the fact that Joe Keatinge wheeled out damn near every extant Rob Liefeld character from the entire history of Image to Awesome to . . .geez. That level of scholarship borders on the scary, but also awesome. For that one person in San Leandro California who wanted to see the return of Psilence--your day has come.

Ross Campbell draws what is essentially an issue-long battle featuring people wrecking shit, wrecking monsters, wrecking each other, and culminates with a final scene I . . .did not see coming, and good on them for having the guts to do it with the proper gravity--it's not done for sensationalism, it's just swift, brutal, and shocking, and made me really want to see how it all wraps up next issue.

I hate that this wasn't selling, but they've done a good job of making this feel like an earned ending that wasn't rushed to wrap up with the deadline. Keatinge and Campbell did a great job with this series, and I hope this series gains enough traction as people discover it and raises their profile.

HARBINGER #8--In the unreviewed issue #7 we had the last of the "classic" Harbinger group introduced in Torque, who was substantially different from the original and the whole issue was. . .quite weird, but in an interesting sort of way.

This issue, in the fallout from being ambushed by Harada and being rounded up, we stick with the one free member of the resistance, Zephyr and get more of a peek into her life up to this point, and what it's like to find out you have superpowers and you're the child of two geeks.

One of the more interesting things about this iteration of Harbinger is the amount of sublimated elements of the original series and makes them explicit. For several issues now, Kris has been the de facto leader of the group despite being the least powerful (in comparison to Peter, who is the most powerful and totally sidelined) and now Zephyr steps up and decides to spring Peter from Harada's goons.

While you don't really need to know all that has gone before to appreciate how these pieces have been re-arranged, it does add an extra layer to it. I continue to enjoy this book, as it does a great job of rotating in various character features without stalling the plot or skimping on action.

JUSTICE LEAGUE #17-- "Throne of Atlantis" concludes this issue, and there's really only one reaction any right thinking person should have about it: 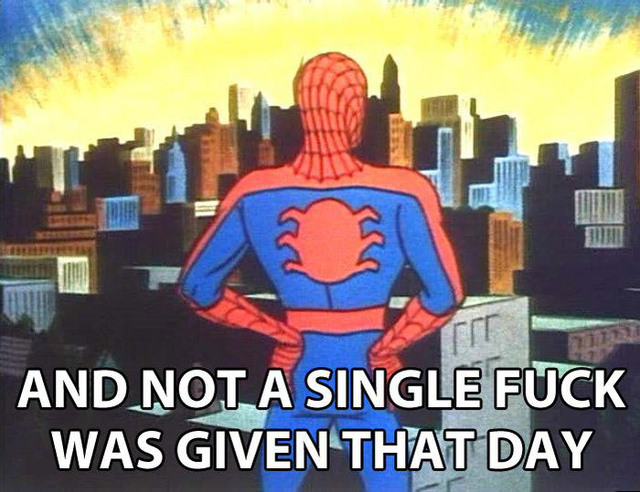 The nicest thing I can say about "Throne of Atlantis" was that it only lasted three issues, and the extra-sized utterly incoherent conclusion forced out the Shazam backup, but even this is tinged with sadness, as "Throne of Atlantis" is so senseless, it makes senseless violence seems sensible and logical.

Insofar as I have been able to determine there as a point to any of this mess is that Vulko, a member of Aquaman's supporting cast that if you don't read Aquaman you don;t give a shit about, took advantage of Ocean Master's bro-crush on Aquaman and made Ocean Master invade the surface world and then Aquaman has to beat up Ocean Master and take the throne back and somehow this takes three issues to resolve because Geoff Johns isn't even trying anymore.

I know a lot of people have said that Aquaman is the new 52's big success, but I'm sorry, no he's not--we're just in that phase where DC is writing him like Namor, and he's been trapped so long in Boring Whitebread Classic Mode that this seems interesting--nor has he ever been.

It's time--past time--to cut our losses and do something else.

I live in hope that one day comic fans will realise that just because something's been around for 50 years doesn't mean it has to stay around forever. When that day happens, I will be able to wander into a comic store and see racks free of Hawkman, or Aquaman, or even, if I am very good and this is the best of all possible worlds, Hank Pym. That someday I will see the accumulated half-century of blather jettisoned of its less relevant bits that no longer speak to non-anoraks (or even anoraks like me who've given up) and maybe there will be some room for growth and thought to flourish. Not much--I'm not that naive--just maybe a little shoot or blade of grass between the cold, gritty, pavement stones on the road to hell.

I didn't care for this book, and I continue not to care for this book, but I enjoy reviewing it all the same. There is something about its nihilistic bleakness, its mean pointlessness, and its utter barren artlessness that is a perfect crystallization of everything stupid and reductive that makes me philosophical. It's like a peyote button, only less healthy, less reputable, yet far more legal.

Kazekage
Science created him. Now CHUCK NORRIS must destroy him.

The Other Heads Of The Kazekage Hydra

The Past--A Bucket of Ashes

They Who Wield Power